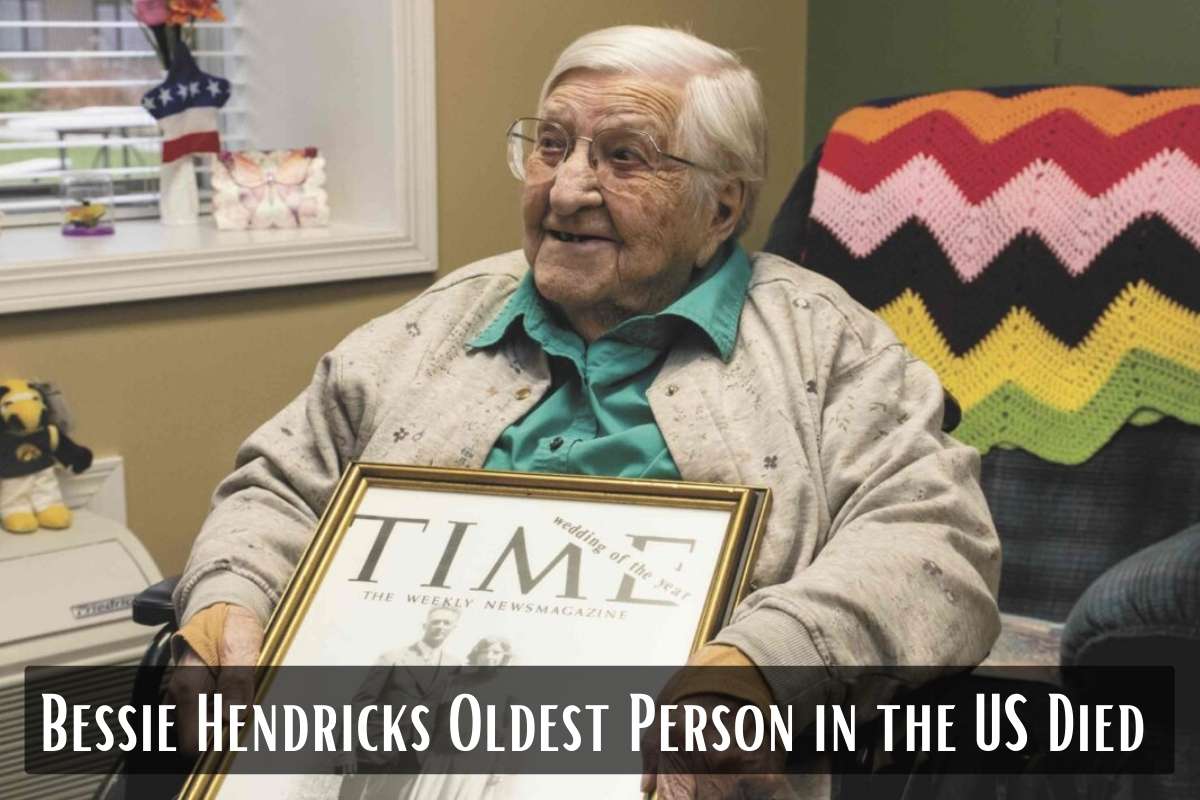 Bessie Hendricks Oldest Person in the US Died

Bessie Hendricks of Iowa lived through the Roaring ’20s, the Great Depression, two World Wars, the start of the Internet age, and a global pandemic.

She was believed to be the oldest person in the U.S. when she died Tuesday at a senior living facility in Lake City. Hendricks was born on November 7, 1907. In her home state, she taught in a one-room schoolhouse.

She had five children, and two of them died before she did. Hendricks revealed the key to her longevity to the Fort Dodge Messenger when she became 112 years old: work hard, avoid physicians, and be sure to indulge in delicacies such as pie and birthday cake.

Gerontology Research Group in Los Angeles keeps track of how old each American is. Now that Hendricks has died, Edie Ceccarelli of California is the oldest American still alive. She will be 115 years old on Feb. 5.

Americans who have lived to 100 or more

The Exceptional Longevity Laboratory at Iowa State University says that centenarians are people who live past 100 years old. According to data from the 2010 census, there were 53,364 centenarians living in the United States. This is about 0.017% of the country’s population.

Peter Martin, a professor at Iowa State whose research focuses on lifespan development and longevity, says that genes, family support, health care, a low-stress lifestyle, and the ability to get outside and connect with nature all affect how long someone lives.

Hendricks was a supercentenarian, which is a person who lives past 110. As of the 2010 census, there were 330 supercentenarians in the United States. This is only 0.6% of the population of people who were 100 years old.

REST IN PEACE: Bessie Hendricks of Iowa was born in 1907 and celebrated her 115th birthday in November. https://t.co/9T26D1DwqV

Martin said that living past 110 is a true sign of a person’s strength and outlook on life. “After 115 it gets very difficult,” he said. “Every year is really a gift that you get that you could not have expected to get.”

On Jan. 7, at 2:30 p.m., Hendricks’ funeral will be held at the Lampe and Powers Funeral Home in Lake City. Dana Morris, who is in charge of funerals, said that the service will be a tribute to Hendricks’s amazing life and will include readings from her dead daughter’s memoirs.