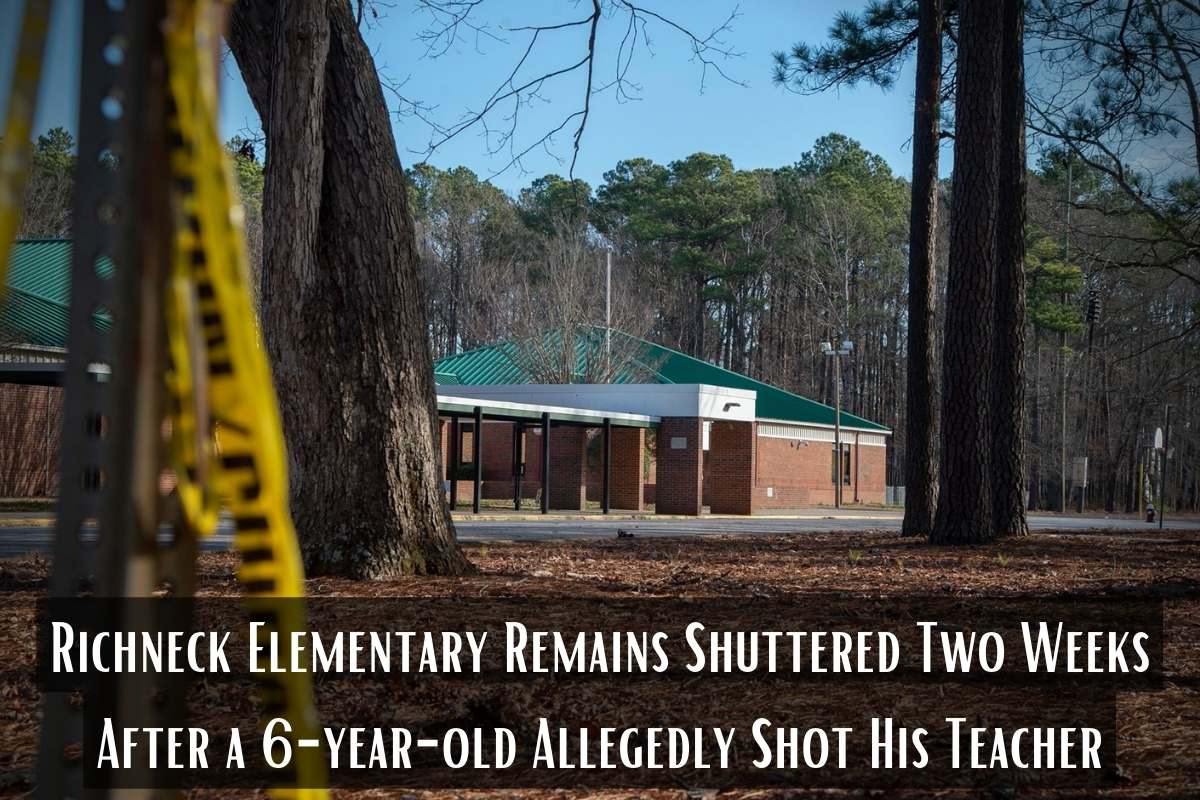 According to an update on the school’s website, the Virginia school where a first-grade student is said to have shot and seriously hurt his teacher on January 6 will be closed until January 20.

Richneck Elementary in Newport News has been closed since the shooting, which police have called “intentional.” After being shot, Abby Zwerner, a 25-year-old teacher, did brave things to keep her students safe.

Chief of Police in Newport News, Steve Drew, told reporters on Monday that a bullet went through Zwerner’s hand and then hit her in the chest.

“The problem is the bloody guns. I’m only here because my husband is in the military. Otherwise I would not have chosen to come to this country.”

“We continue to keep Ms. Zwerner in our thoughts and prayers. She is continuing to improve every day. Our thoughts are also with our students, families and staff. Stay strong!” in an update on Sunday, the school said.

Last Monday, police said that the boy, who was taken into custody right after the shooting, was being evaluated at a hospital under a temporary detention order.

Drew says that the gun that was used to shoot the child was bought legally by the child’s mother, who could be charged when the investigation is over. On Friday, the child took it to school in his backpack. It’s still not clear how the child got the gun.

The shooting at Richneck was the first school shooting in the US in 2023. According to a CNN analysis, there were 60 shootings at K-12 schools in 2022.

The Virginia school where a first-grade student allegedly shot and critically injured his teacher January 6 will remain closed through Friday, January 20, according to an update posted on the school’s website. https://t.co/spUnbJRi9r

Still, it’s rare for someone so young to shoot up a school. The K-12 School Shooting Database, which keeps track of shootings in American schools since 1970, says that there have been three other cases where the suspect was as young as 6 years old. These were in 2000, 2011, and 2021.