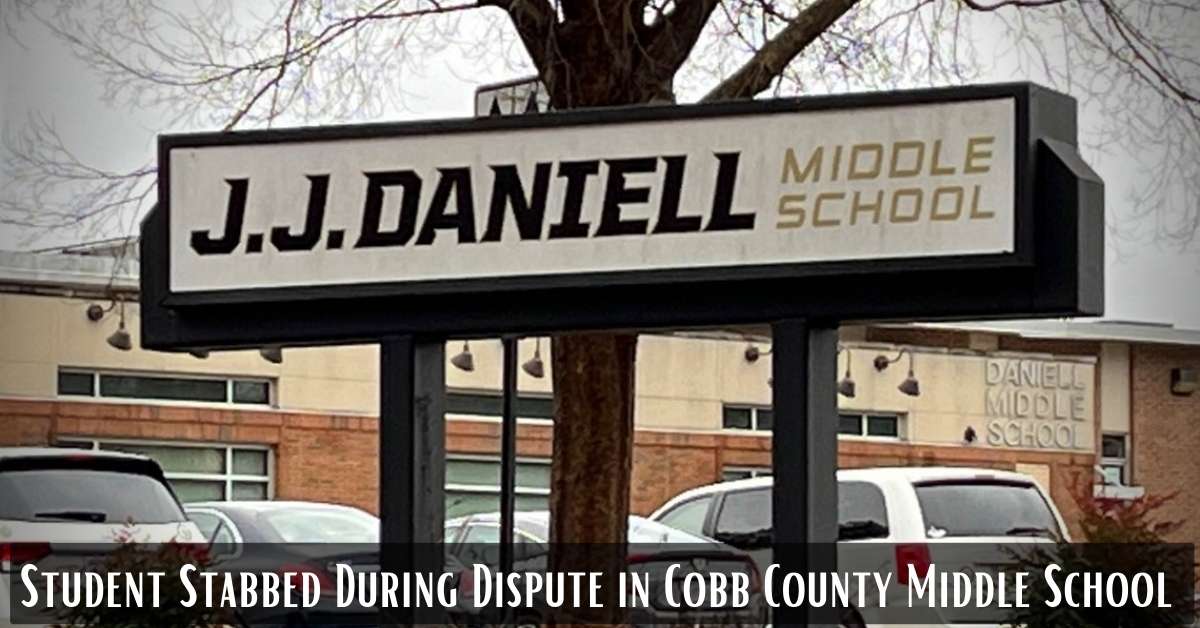 Two girls were hurt in a fight at a middle school in Cobb County. The fight led to a district and criminal investigation. It happened on Tuesday at J.J. Daniell Middle School on Scott Road in the cafeteria.

Officials at the school say there was a fight that led to one girl stabbing another girl with a pocket knife. First responders got to the scene of the stabbing quickly. Many students saw the violence and told their parents and guardians about it right away through texts and social media posts.

“I looked at them, knowing I knew both of them, and then I ran,” said student Lainey Taylor. “So, like some people that was there actually got blood on them.”

Students are frightened. Parents are worried about their children’s safety after a student stabbed another girl at JJ Daniel Middle School in Cobb County. @FOX5Atlanta pic.twitter.com/caRmRq6rdV

“I called her and she was very, I mean, very distraught. I told her everything was going to be fine, I checked to make sure that they had the classroom doors locked, and you know, just got as much information as I could from her, and just reassured her that she was going to be OK,” said her father, Hylan Taylor.

Taylor and other parents rushed to the school to get their kids early. When one mom heard about the fight, she took her daughter home and said she was worried about her safety and the safety of the other kids at the school.

“I think Cobb County needs to look really hard at how they’re handling the discipline in the schools and how they will continue to provide safety for the rest of the students,” the woman said.

Principal Amy Stump wrote in a statement that was made public Tuesday afternoon:

“Earlier today, one of our students made a terrible choice during an altercation with another student. The student attacked another student and caused injury to both the victim and themselves.”

“The incident occurred during lunch, and Emergency Services responded immediately. Our students and staff are safe.”

“This situation is being handled according to state law and district policies, including discipline and criminal charges. Our highest priority is the safety and well-being of our students and staff, and incidents like this remind us that we must be constantly vigilant.”

“This kind of event can cause anxiety and fear in students and adults alike. If you feel that your child would benefit from talking with one of our school counsellors, please reach out to your child’s counselor and share with us what you need. If your student needs more immediate assistance, please call our front office and let us know.”

“We encourage students, staff, and parents to visit http://www.cobbshield.com to see what Cobb Schools is doing to keep Daniell Middle School safe, and feel free to report any safety concerns to the District’s Tipline via call, text, or email.”

The school told the parents that it was doing what the district rules said to do. Both girls could be charged with a crime and get in trouble at school.