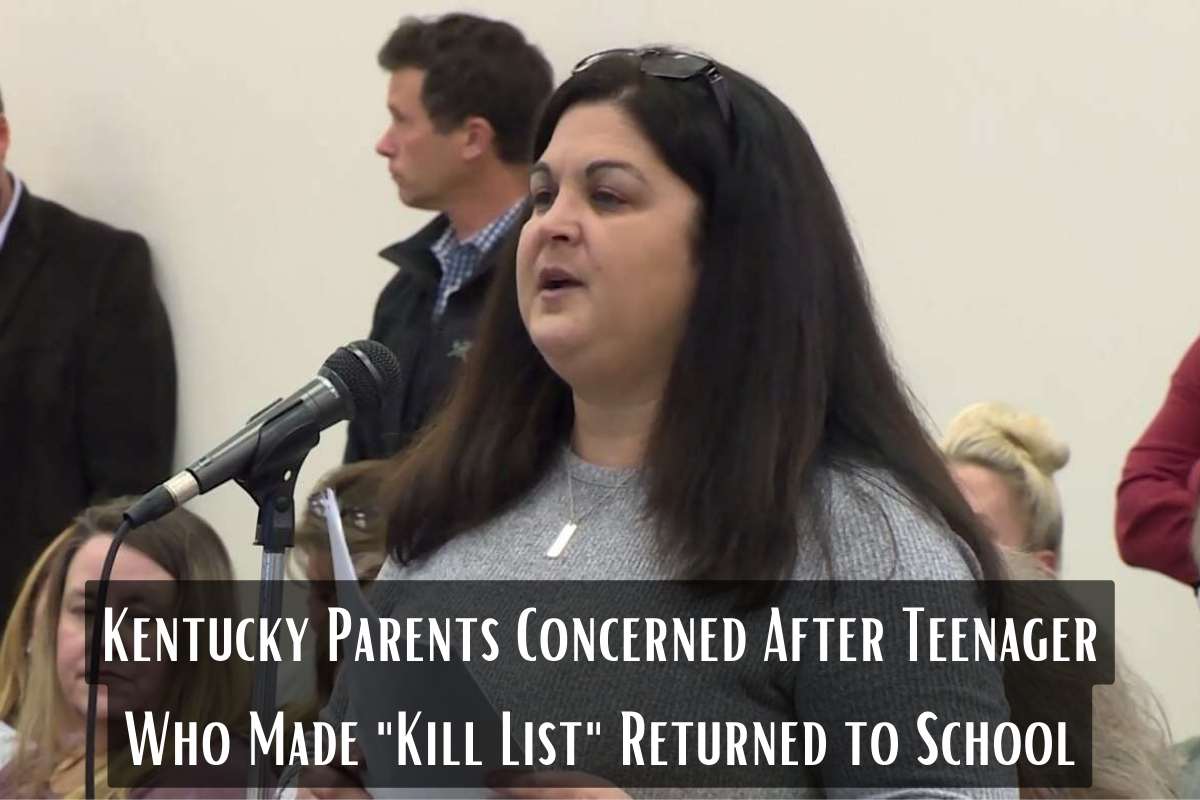 Parents in a Kentucky suburb have made it clear to school officials that they don’t want a teenager who is accused of making a “kill list” of other students back in the classroom with their kids.

The worried parents spoke out last week when they found out that the Boone County Board of Education had let the 14-year-old go back to school even though he had been charged with second-degree terroristic threats.

“Whatever help he has had, he is still a threat,” concerned parent Deanne Corbin told NBC station WLWT at a school board meeting in Boone County, which is just across the Ohio River from Cincinnati.

Rob Bidleman said that his child was on the teen’s “active kill list,” and he had trouble keeping his emotions in check when he talked about hearing about this from Andy Wyckoff, the principal of Conner High School.

Parents in a Kentucky school district told administrators they don’t want a teenager who allegedly created a “kill list” of students back in the classroom with their children.https://t.co/yQGjLzb1rA

“When I received the call from the principal, it was emotionally devastating,” Bidleman said. “All I could think about was my child was in danger when they did nothing wrong.” Karen Wells, another parent, said that Wyckoff is in a tough spot because one of the students who was threatened was his own son.

“I don’t think it’s the right decision for the administration,” Wells said. “I think it puts an unnecessary burden on Mr. Wyckoff with his own son on that list. He has to be impartial every day yet give this kid what he needs. Obviously, this kid needs a community to get behind him to help him, because one day he’s going to be in our society.”

Wyckoff said on Monday that the 14-year-records old’s are sealed because he is a minor, and he doesn’t know where the charges stand. Wyckoff was also sure that his son would stay at Connor High School, even though he was one of the students who had been threatened.

“I am aware that some parents have moved their children to other schools, but I will not move my son,” he said. In a letter to parents on Friday, the superintendent of the Boone County School District, Matthew Turner, said that he couldn’t do anything and asked them to “talk to your local state legislator.”

“The Kentucky Constitution guarantees the right to a public education for every child without prejudice, and we are obligated to follow state law,” Turner wrote. Turner wrote that the kids will be safe, though. “I can assure you all appropriate safety measures have been taken and are in place,” he wrote. “Conner High School remains a safe school.”

In a separate case, a 14-year-old Connor High School student was arrested last year after posting online that he was “bringing a knife to school” to kill a specific teacher, the Boone County Sheriff’s Office said Oct. 19.

The department said that the student was also charged with making threats of terrorism in the second degree. “That is a different case that I will be dealing with soon,” Wyckoff said. “This is a good school. This is not the kind of thing we usually deal with.”