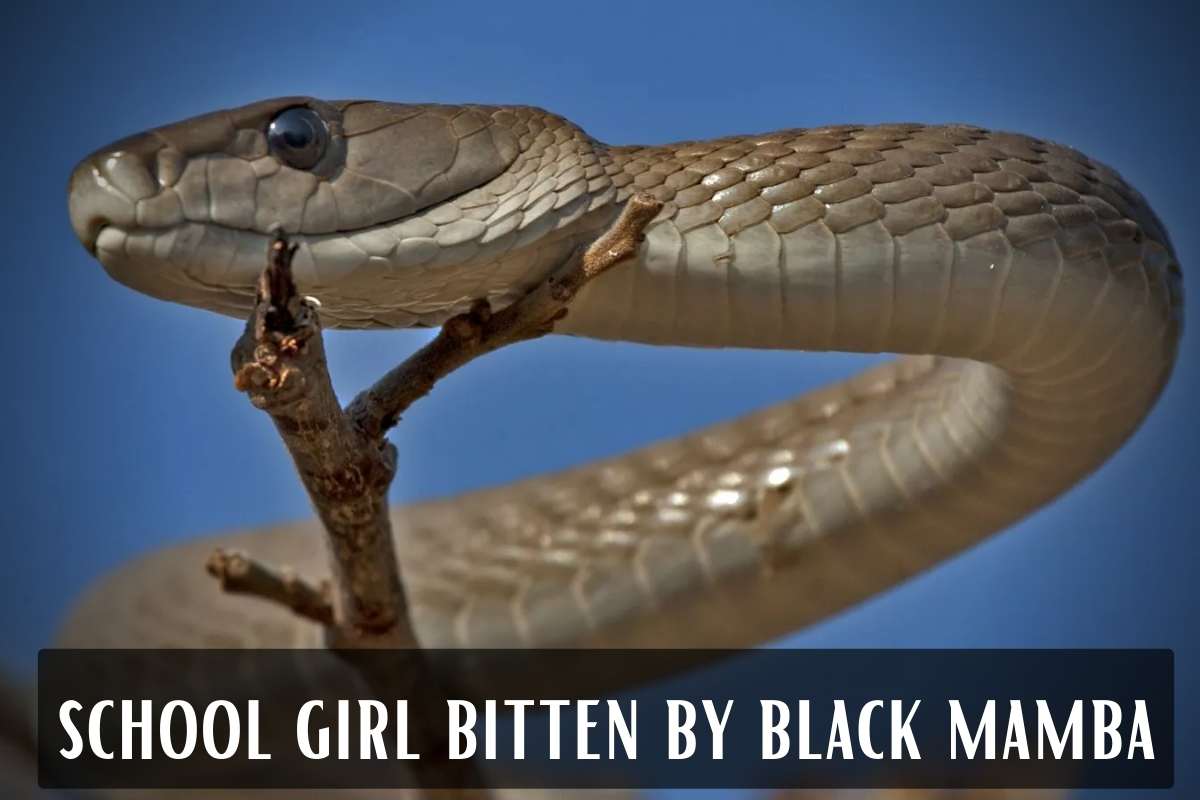 A black mamba bit a girl in school in Zimbabwe, and she died in less than 30 minutes. The Herald-Zimbabwe said that Melody Chiputura, 17, was in a classroom at Rushinga High School in Mashonaland Central when the very poisonous snake bit her on the thigh.

Chiputura called for help by screaming. Headteacher Christopher Murenga told the news outlet: “The learners discovered the snake and everyone panicked, with some jumping out through windows.”

The girl was taken to the hospital quickly, but she died before a doctor could look at her. After being bitten, she died in less than half an hour. One of the most dangerous snakes in Africa is the black mamba.

A Zimbabwean Form 6 school girl identified as Melody Chiputura, has reportedly died after she was bitten by a black mamba whi… pic.twitter.com/L5Sjg0t5TM

They have poison that is so strong it can kill a person in 30 minutes. The species can also move up to 12.5 miles per hour, making it one of the fastest snakes in the world. The species is usually shy and stays away from people.

It would rather run away than attack. But if it feels angry or threatened, it will attack. If a black mamba is hurt or in danger, it can also be aggressive. Staff at the school were confused about how the snake got into the classroom since the building is far from where the snake likes to live, in the long grass.

But the deputy director of education for the province, Themba Mangwiro, told local media that a villager had seen the snake not long before the attack. People in the village think that someone attacked the snake before it went into the school.

“We suspect that since the learners were on the grounds doing sports, the snake entered the classroom because it was quiet,” Mangwiro said. After the snake bit Chiputura, her classmates killed it. The girl’s father, Joseph Chiputura, found out 10 minutes after the fact that his daughter had been bit.

“When we arrived at the clinic it was too late,” he told The Herald-Zimbabwe. “This is hard to accept and it is painful. I don’t understand how a snake can get into a classroom and bite my daughter.”

Even though no one knows for sure how the black mamba got into the classroom, snakes often find their way inside. On hot days, they usually do this to find a place to stay cool. The girl’s father said she had “great potential” and liked school. Follow us on The Express to find out about more news like this.