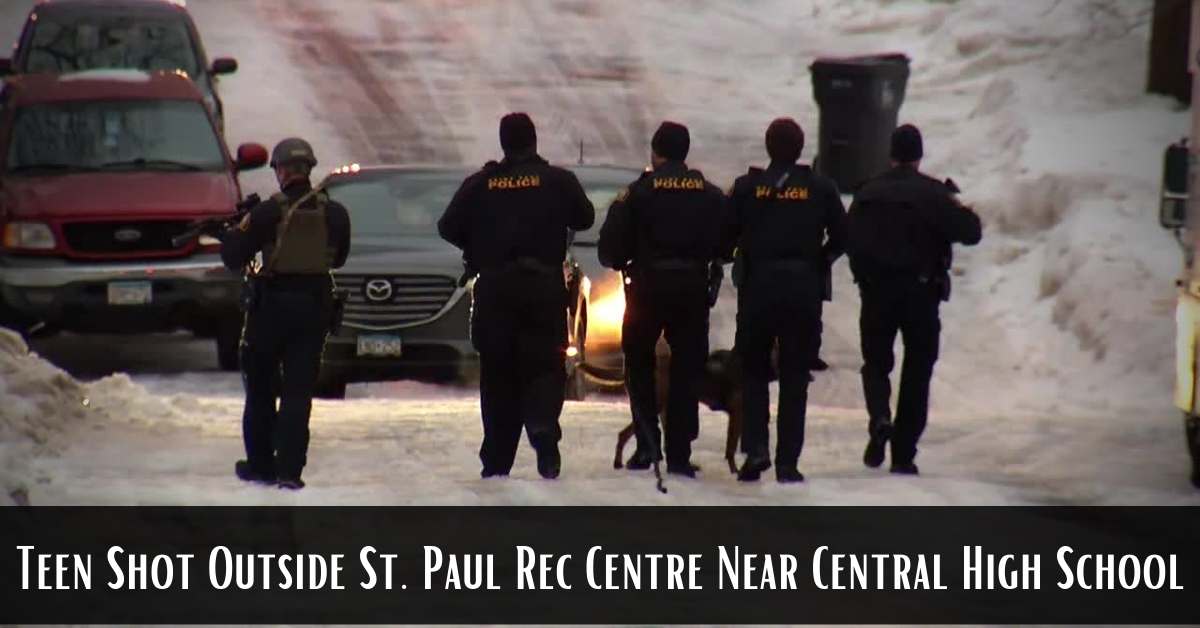 A teenager was shot in the head on Wednesday outside of St. Paul’s Jimmy Lee Rec Center, which is across the street from Central High School. A 26-year-old man is in custody.

It took place around 4:12 p.m. “Life-threatening” is what the police say about the boy’s injury. They said late Wednesday night that a 26-year-old man was arrested and charged with first-degree assault in connection with the shooting. A handgun was also found. Ramsey County Jail is holding the suspect.

St. Paul Public Schools say that Central High went into lockdown at 4:30 p.m. and that it was lifted 45 minutes later. The school canceled all evening activities. Thursday, January 19, there will be no classes, sports, or after-school activities. Staff will be there “to support students and families,” according to district officials, and students will be able to pick up their meals.

Currently out at the scene of a shooting at Jimmy Lee Rec Center in St. Paul. Police dept says one teenage boy is in the hospital with life-threatening injuries after officers responded at around 4:12 pm. pic.twitter.com/jkZObpmyoU

People who know the rec centre and neighborhood told WCCO that they are both angry and sad. Tammie Johnson, who used to work at the rec centre, says she quit because there was more and more violence.

“I’m angry. I’m pissed off,” Johnson said. “Just fights from the Central kids every day, and like I said, I was assaulted by a teenager, threatened.” She says that the centre needs to have better safety. But Anthony Carter, a member of the community, says it has to be more than that.

See what we’ve posted in the news section:

“They cut off the football and basketball programs, so the kids have nothing to do after school but get in trouble. So get the programs back in our community for the kids to stay out of trouble, please,” Carter said. “Find something positive to do with your life. And parents, step up. Your kids is not your friends.”

Mayor Melvin Carter of St. Paul says that the city’s Emergency Operations Center was put to use after the shooting on Wednesday night. “Our officers are investigating and do not believe there is a continued threat to public safety related to this incident,” Carter wrote in a statement.