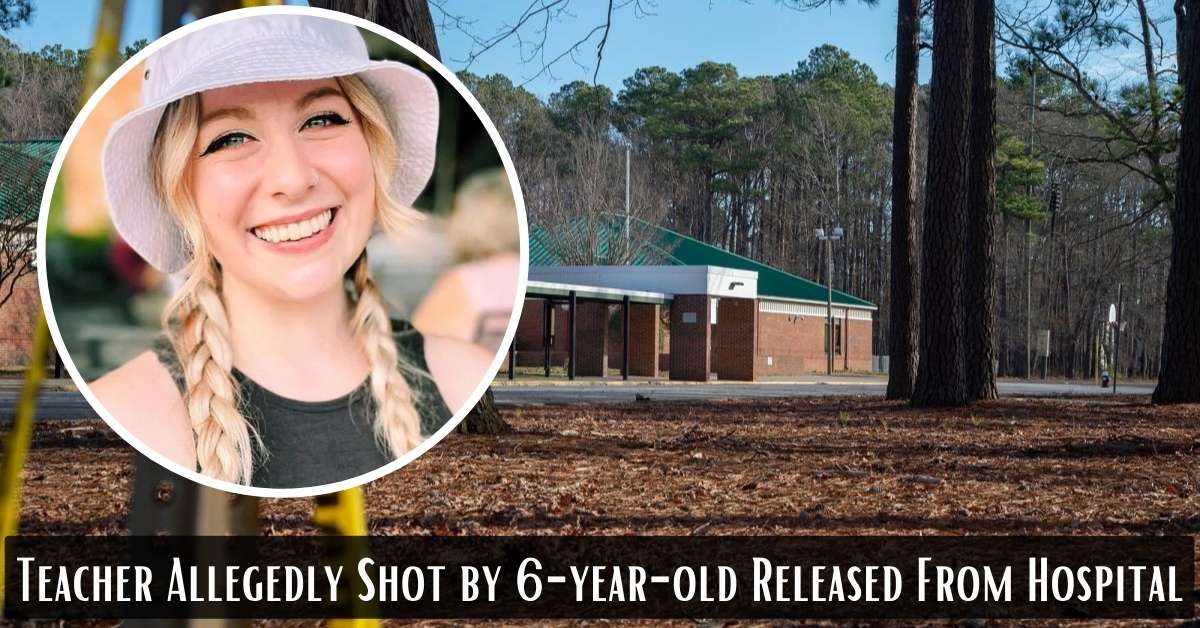 The family of the 6-year-old Virginia boy who allegedly shot his first-grade teacher at a Newport News elementary school almost two weeks ago has released a statement for the first time since the incident. They praised the teacher and said their son has an acute disability.

“Our heart goes out to our son’s teacher and we pray for her healing in the aftermath of such an unimaginable tragedy as she selflessly served our son and the children in the school,” the Thursday statement, released by attorney James Ellenson said.

The statement came the same day that officials said Richneck Elementary School teacher Abby Zwerner, who was hurt in the shooting on January 6, had been released from the hospital.

Last week, Newport News Police Chief Steve Drew told reporters that 25-year-old Zwerner was shot in the chest after the bullet went through one of her hands. Police have not been able to find the first-grader they say did it.

In the statement, the family said that the gun that was thought to have been used was locked up before the shooting. They also said that he usually went to class with a family member, but that didn’t happen the week the incident happened.

“Our son suffers from an acute disability and was under a care plan at the school that included his mother or father attending school with him and accompanying him to Class every day,” the family statement says. “We will regret our absence on this day for the rest of our lives.”

I am telling you right now, as a gun owner, if a six year old was able to access a firearm, take it to school, and fire it, the gun was NOT stored securely.

This is negligence and a failure of responsibility, and the parents should be held responsible.https://t.co/PJPlVpuNLe

Drew says the gun was bought legally by the child’s mother, who could be charged when the investigation is over. He said that the child took it to school in his backpack.

Under Virginia law, it is a misdemeanor for an adult to leave a loaded, unlocked gun where a child under 14 could be in danger. The law also says that it is illegal to let a child under the age of 12 use a gun without knowing it. In their statement, the family also praised Zwerner.

“She has worked diligently and compassionately to support our family as we sought the best education and learning environment for our son,” the family said.

“We thank her for her courage, grace and sacrifice. We grieve alongside all of the other teachers, families and administrators for how this horrific incident has impacted them, our community, and the nation.” Newport News Public Schools said Thursday that it couldn’t say anything else about the shooting right now.

Teacher was only recently released

Angela Arcieri, a spokeswoman for Riverside Regional Medical Center, said that Zwerner was sent home earlier this week. “(Zwerner) continues her recovery as an outpatient with the support of family, friends, and health professionals. The Zwerner family respectfully asks for privacy during this time,” Arcieri wrote in an emailed statement.

#BREAKING The family of the 6 year old boy who shot his first grade teacher at Richneck Elementary has released a statement. @WAVY_News pic.twitter.com/i1dOTiaPNf

Here is some of the most recent content we’ve published:

Police say that the shooting, which left the teacher in critical condition at first, was done on purpose. Zwerner has been praised for her brave actions after she was shot, which kept her students safe. Drew said that she made sure all of her students got out of the classroom and was the last person to leave before going to the office of the principal.

The classrooms are closed until at least January 30, when the next semester starts. Officials have “organised a time for Richneck families to begin transitioning students back into the building” next Wednesday, according to the school’s website. Students and their families can get help with their feelings at the school on Thursday and Friday.

Analysis shows that the shooting at Richneck was the first one to happen at a US school in 2023. Some research shows that there were 60 shootings at K-12 schools in 2022.

But incidents in which a student so young acts as the shooter are extremely unusual in the school setting. According to the K-12 School Shooting Database, which keeps track of shootings in American schools since 1970, there have been three other cases where the suspect was as young as 6: in 2000, 2011, and 2021.

The boy’s parents said in a statement that their 6-year-old son has an “acute disability,” but the frequency with which similar instances occur raises concerns about the future. What can we all do to stop these kinds of things from happening… Let us know what you think in the section below.