A mass shooting at Robb Elementary School in Uvalde, Texas, occurred on May 24, 2022. Salvador Ramos, 18, a former student there, shot and killed 19 pupils and two instructors while also injuring 17 others. He had hit his grandma in the face at home earlier that day, seriously injuring her. Before entering the school unhindered with an AR-15-style rifle through an unlocked side entrance door, he fired bullets for almost five minutes outside.

After killing the victims, he entered two classrooms but did not lock the doors. He remained inside the school for over an hour before being fatally shot by members of the US Border Patrol Tactical Unit (BORTAC), who arrived after numerous local and state officers had been present in the school’s hallways for over an hour. After the shootings at Virginia Tech in 2007 and Sandy Hook Elementary School in 2012, the incident is the third deadliest school shooting in American history and the deadliest in Texas.

Before entering the classroom to confront the gunman, police officers remained on the scene for more than 1 hour and 14 minutes. Police also roped off the school grounds, leading to violent altercations with bystanders trying to enter the building to save children, including parents. The Texas Ranger Division and the US Department of Justice are conducting separate investigations into the actions of the Uvalde police officers in light of the harsh criticism they have received for their handling of the shooting.

Officials from the Texas Department of Public Safety (DPS) designated Chief Pedro Arredondo of the Uvalde Consolidated Independent School District Police Department (UCISD PD) as the incident commander. They assigned him a large portion of the blame for the police response. Arredondo disputed the assertion that he was the incident commander, but the Uvalde school board ultimately dismissed him for his involvement in the shooting.

According to a Texas House of Representatives Investigative Committee study, numerous authorities’ “systemic failings and egregious poor decision making” were to blame for the problem on the whole. “At Robb Elementary, law enforcement responders failed to adhere to their active shooter training, and they failed to prioritize saving the lives of innocent victims over their safety,” according to the report. “There was an unacceptable long period before officers breached the classroom, neutralized the attacker, and began rescue efforts.”

Local and state officials misrepresented the sequence of events and inflated police operations in the immediate aftermath of the shooting. The school district police chief’s assessment of the situation as one with a “barricaded subject” rather than an “active shooter” led to law enforcement delaying an assault on Ramos’ position in the classrooms filled with students, which was a mistake, according to the Texas Department of Public Safety. Before they entered the school, law enforcement was also aware of injured people.

Surveillance footage from Robb Elementary School in Uvalde, Texas, shows officers retreating from gunfire and waiting for 77 minutes before confronting the gunman. The delayed police response has been widely criticized and is under investigation. https://t.co/y0WJ2nCFOS pic.twitter.com/M1Ihcny5LW

The shooting, which took place ten days after the shooting in Buffalo in 2022, sparked larger discussions about American gun culture and violence, political stalemate, and law enforcement’s failure to stop the crime. The Bipartisan Safer Communities Act, which President Biden signed into law about a month after the shooting, was the most significant piece of federal gun reform legislation since the Federal Assault Weapons Ban of 1994. Follow us on The Express to find out about more news like this. 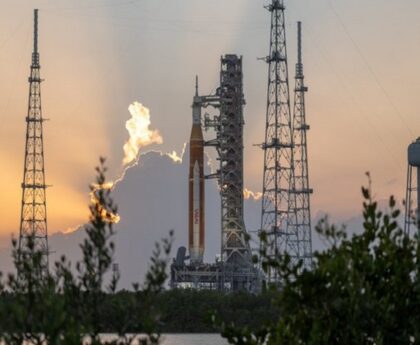